1. Eliye Springs - A spring on the lakeside that once had a pool that has turned to be a historic pond and is surrounded with wild trees and fresh breeze from the lake, attracts very huge numbers of fans over the holidays.

2. Lake Turkana - The longest Lake in Kenya that has survived the dessert for many years and still remain a strong source of fish for the locals.

3. Mount. Lodwar - The locals call it a mountain as it is the largest hill there is and is known to attract prophets who come to preach the gospel as well as provide healing.

4. Statue of Jesus - Located on a hill, the Christian faithful’s may need to have a walk to the statue of Jesus that can be seen from any angle of Lodwar town.

5. The Manyattas - Traditional homesteads of the Turkana people.

6. Central Island - A beautiful island that came about as a result of a volcano. Central Island has three scenic crater lakes – Crocodile, Flamingo and Tilapia and an active crater.

7. Loiyangalani Desert Museum - The museum on a hill overlooks Lake Turkana. Opened in 2008, it focuses on the lives of the eight communities living in the area and on the natural environment in this harsh country.

8. Koobi Fora - The site with a museum lies on the eastern shores of Lake Turkana. Koobi Fora is one of the world’s leading pre-historic sites for the study of human evolution.

9. Sand Dunes - The sand dunes are best enjoyed in a four-wheel drive adventure to an oasis surrounded by palm trees. The dunes measure over 40 feet high with breathtaking sceneries.

10. Sibiloi National Park - Dubbed “The Cradle of Mankind”. It lies on the northeastern shore of Lake Turkana with the semi-desert ecosystem. The park is waterless except for the alkaline lake. It is nonetheless rich in wildlife.

11. Eliye Springs - “An oasis in the desert”. At Eliye Springs Resort time becomes timeless as every moment goes by unnoticed. This is an amazing destination to get lost in as you reconnect to you inner-self, surrounded with date palms that provide the much-desired shade.

12. Turkana Boy Skeleton Monument - 1984, the world-famous Turkana boy was found in Nariokotome, a 1.5-million-year-old, near complete Homo erectus skeleton. It is the oldest ever traced stone tools with an estimated age of 3.5 million years.

13. Tobong’u Lore – This is an annual event that celebrates the Turkana peoples’ way of life. It means ‘go back home’. 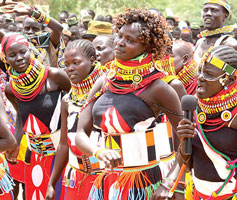 After years of being known as the ‘Other Frontier”, Turkana County is fast becoming the place to visit for any discerning traveller looking for a new travel experience. The lake Turkana Festival , Lodwar, which comes hot on the heels of the sister festival held in the neighboring Marsabit County seeks to establish the great pedigree of Turkana Land while showcasing various attractions which will keep you coming back every other time. 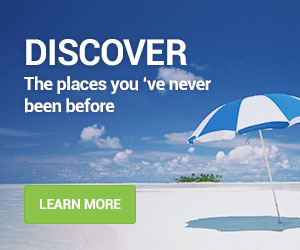